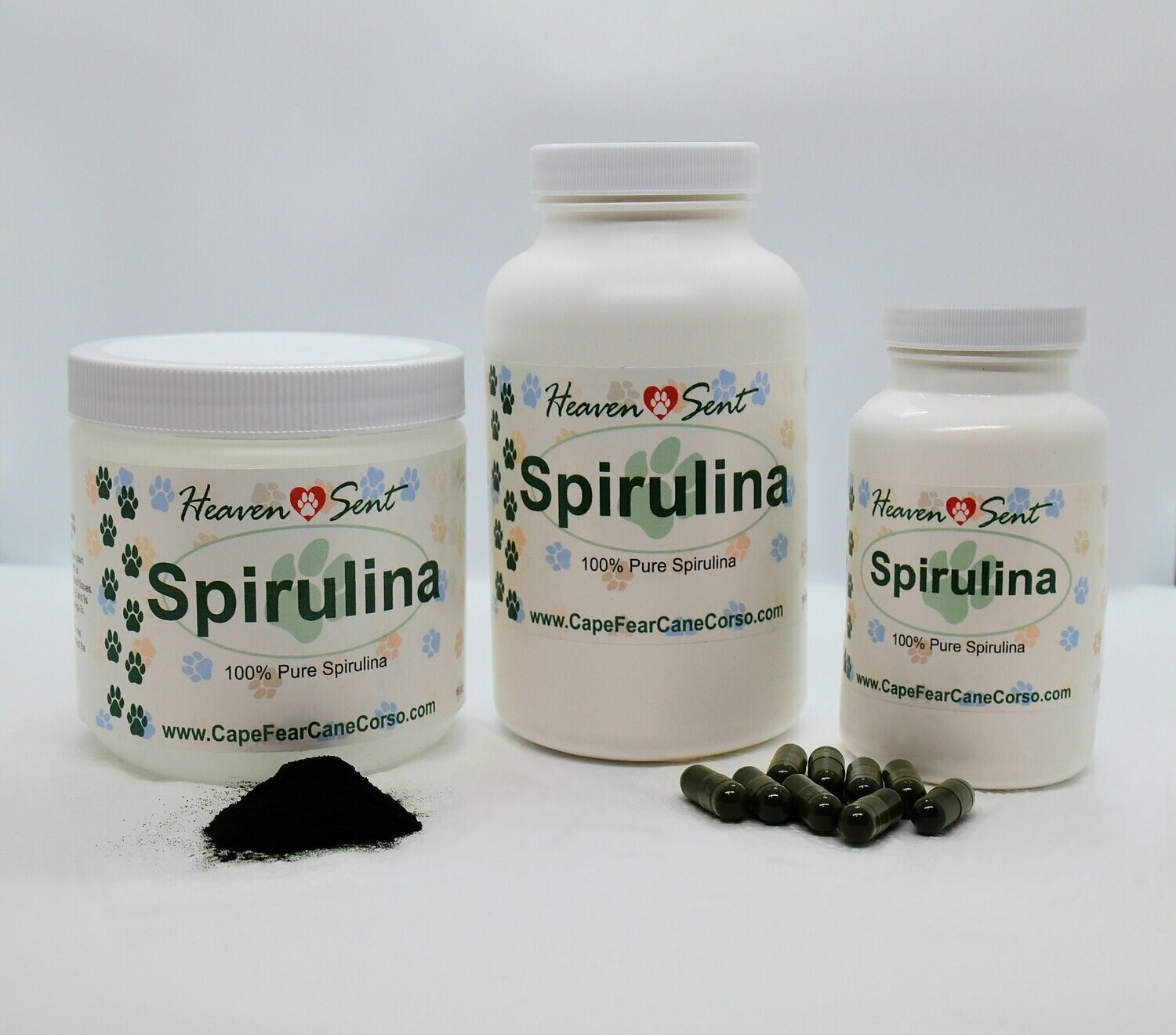 Spirulina is a microscopic algae in the shape of a spiral coil. It contains the highest concentration of nutrients known in any food, plant, grain or herb. It’s the highest protein food- over 60% all digestible vegetable protein. It has a very high concentration of beta carotene, vitamins B-1,2 and 3, iron and trace minerals and the rare essential fatty acid GLA (gamma-linolenic acid).

Spirulina contains phytonutrients like phycocyanin, polysaccharides and sulfolipids that enhance the immune system, reducing the risk of infection, cancer and autoimmune disease. It is rich in natural carotenoid antioxidants that promote cellular health. It has cleansing chlorophyll which helps detoxify the body heavy metals and pollution.

Spirulina is a powerful detoxifier that helps remove toxins, such as heavy metals, from the body. According to a 2016 review, spirulina’s anti-toxic properties are “due to its high antioxidants content, mainly phycocyanin...”
Spirulina also contains chlorophyll, which helps cleanse the body of toxins.

Over 70 peer-reviewed studies show that spirulina is a powerful cancer fighter.Two different studies found just 1 gram of spirulina per day reduced precancerous lesions by 45% and improved symptoms.Other studies show spirulina can reduce the growth of tumors.

Research confirms spirulina promotes digestion and bowel function. It suppresses bad bacteria like e-coli and Candida yeast and stimulates beneficial flora like lactobacillus and bifidobacteria. Healthy flora is the foundation of good health and it increases absorption of nutrients from the foods we eat, and helps protect against infection.

In 1994, a Russian Patent was awarded for spirulina as a medical food to reduce allergic reactions from radiation sickness. 270 Children of Chernobyl consuming 5 grams a day for 45 days (donated by Earthrise Farms), lowered radionucleides by 50%, and normalized allergic sensitivities.
Modern dogs are subjected to an onslaught of toxic chemicals in our air, water, food and drugs. Their bodies need to continually eliminate these accumulated toxins. Spirulina helps cleanse the body, feeds the cells and keeps the immune system strong.

Save this product for later